We are sorry, this accommodation is not available to book at the moment

BCN HA 3P CREU CORBERTA is a sunny and charming 2-bedroom apartment located in the traditional Sants district, near Plaça España and Montjuic hill. Well connected to all the city by buses, metro or trains. Perfect place to discover Barcelona.

It provides sleep up for 5 people with 2 luminous bedrooms, one with a balcony and both with two single beds in. There is also a sofa-bed for one person if required.

Very airy and sunny living room leading to a balcony with a large dining table and a modern open-kitchen. The bathroom provides bathtub and shower, as well as a toilet.

Additional Information: -Elevator (lift) is not from ground floor, there are 12 stairs to arrive to the Elevator.

In order to cancel your reservation, please contact us as soon as possible. Each apartment has a different cancellation policy.

0 to 3-year children are free of charge.

Pets are not allowed 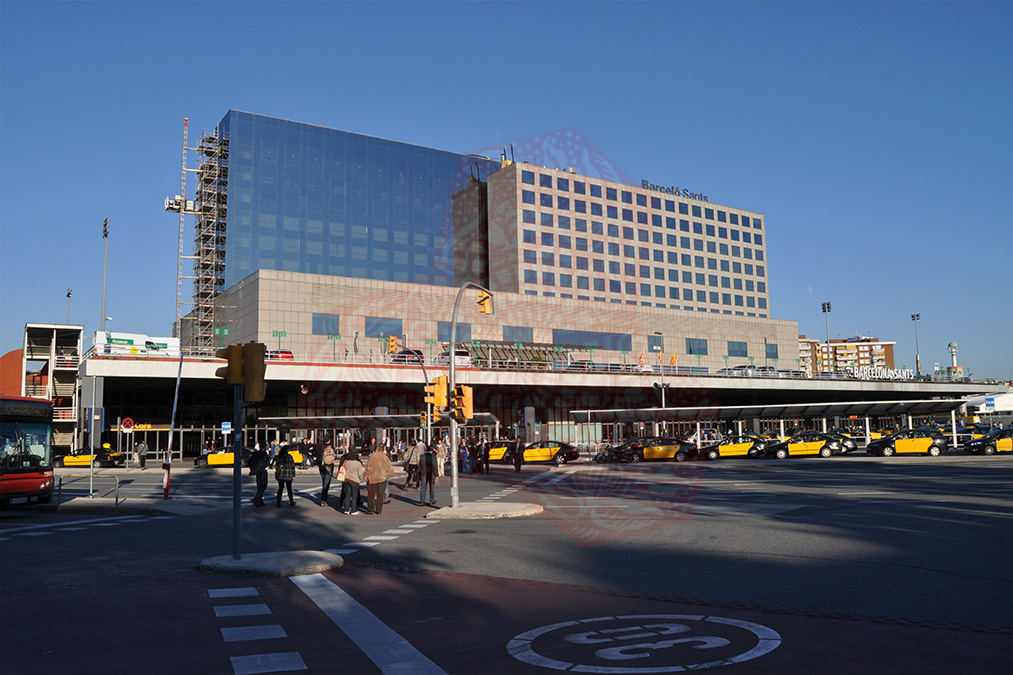 Sants is a neighborhood in the southern part of Barcelona. Formerly an industrial town on the plain bordering Barcelona, known as Santa Maria de Sants, it belongs nowadays to the district of Sants-Montjuïc and is bordered by the districts of Eixample to the northeast, Les Corts to the northwest, and by the municipality of l’Hospitalet de Llobregat to the south. Although old-fashioned, its name is sometimes still writtenSans in some Spanish-language sources.

Sants is a neighborhood with a clear identity because of its historical origins. It was the main core of an independent village until 1897 when it became part of Barcelona, the former municipality of Sants included most of the actual neighborhood of Sants-Montjuïc district. By then, Sants had a population of 19,105 inhabitants, and the neighbourhood had a strong industrial character, home to some of the most important manufacturers of Spanish textiles, such as España Industrial and Vapor Vell.

The main artery of the neighborhood is Carrer de Sants, popularly known as Carretera de Sants, which unites Plaça Espanya with the neighbouring municipality of L’Hospitalet de Llobregat. It is one of the most commercial streets in Barcelona. Among the places that stand out in Sants are the Barcelona Sants railway station (Estació de Sants), the major railway station in Barcelona, and the Parc de l’España Industrial.

The most famous annual event in Sants is the Festa Major, which is celebrated yearly in honor of the patron saint, Bartholomew the Apostle. During the week-long feast, the traffic is cut off in several parts of the neighborhood, where multiple popular activities are organized outdoors, such as butifarrades, xocolatades (gatherings where people drink chocolate), concerts, Sardanes, and Habaneres. The neighbors decorate the streets with allegorical themes. Another feast, the Festa Alternativa, is celebrated simultaneously with great success.